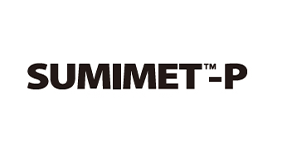 Consult with your nutritionist.

Summimet – P is DL – Methionine, a synthetic source of methionine in powder made by the Japanese company Sumitomo Chemical Animal Nutrition.

Methionine is one of the 10 limiting amino acids required by canines and felines for an adequate development and maintenance of these pets. Its deficiency if going to cause abnormalities in the animal’s metabolism. This amino acid possesses several biological properties that influence animal’s general health condition as donors of the methyl group, antioxidant effects, cellular replication and others.

Also, methionine is a precursor of cysteine, an indispensable amino acid that, at the same time, is a precursor of glutathione (antioxidant) and felinine which is usually found in feline’s urine and it is suggested to be related to lipid metabolism and as an important pheromone for territorial marking, especially in uncastrated male felines.